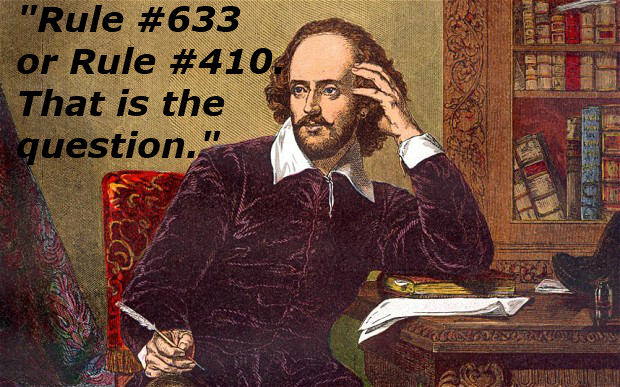 Mark Edwards has a long list of writing tips, and there is a tinge of irony to them.

“Rule #677: Your first draft is FANTASTIC. Don’t let anyone tell you otherwise.”

“Rule #676: Each day open the thesaurus and find cool new words – and just jam them into whatever you’re working on.”

OK, so his advice is loaded with irony. Edwards is a communications and media studies adjunct instructor at Sacred Heart University in Fairfield, Conn., and he’s encountered his share of would be Hemingways. His writing tips appear on his Facebook page.

His advice is a stress relief tool and a reminder to remain vigilant when writing something you want someone else to read. Edwards recalls a lesson from one of his MFA instructors, poet Wayne Brown. “He was very no-nonsense. He upset someone in a workshop when he said, ‘this is beautifully written, but who outside of your family would want to read this?’”

He shares a personal story when a writer he considered a mentor sat him down and said, “All right, you are good enough where I can tell you how bad your writing is without making you stop writing.” Harsh? Perhaps. But sometimes harsh is necessary.

“There’s a kind of narcissism that ties into people’s writing where it’s all about them rather than, God forbid, writing three sentences in a row that are compelling,” Edwards says.

Are there over 600 writing tips that Edwards has written down somewhere? “In my mind, perhaps yes.” Part of it, Edwards explains, is the nature of the internet. “You always feel you are suddenly coming in on the middle of an ongoing thing. I have no objection to faking that.”

I have waited with baited (bated?) breath to tell you this

April 23rd marked the 454th birthday of William Shakespeare, the man who first committed to paper many of the phrases and words we use today. Jen Horner, marketing manager for MTM LinguaSoft, wrote about the evolution of phrases and terms of Shakespearian lore.

For example, in The Merchant of Venice, Shylock asks whether his customers should expect him to speak “with bated breath and whisp’ring humbleness.” Notice it is “bated” rather than “baited.”

“Bate,” Horner explains, comes from “abate” or “abatre” in old French, which means to beat down or diminish. Shylock, in this passage, is asking if he should stifle himself and speak in a hushed tone.

“Nowadays we don’t speak with bated breath – we wait with bated breath,” Horner writes. “What’s more, lots of us wait with “baited” breath. I suppose we are hoping the bait on our breath will attract the thing we want, like the cat who eats cheese then waits by the mouse-hole.”

From the mail bag

Several readers asked me to explain the difference between affect and effect. Rather than me speaking from the authoritative podium, I’ll turn to a colleague, Tim Fallis, an assistant professor at Hawai’i Pacific University, who addresses that head on in a writing class for his students.

“English is a polyglot, messy, terrible language,” he tells his students. “Get over your disappointment and learn how to deal with it!”

The fire at the Cathedral of Notre Dame in Paris had many news organizations referring to Paris as the “City of Lights.” Not quite. Paris is the “City of Light” (singular) because in the 18th century it was considered a place of enlightenment; the city was a hub of education philosophy, and learning. It also was one of the first major cities to utilize gas lights to illuminate the streets.

And as Mark Edwards points out, you want to write something that more than your family wants to read.

Joe Diorio is a writer living in Nashville, Tennessee. He wouldn’t mind if you told your friends and colleagues about him.